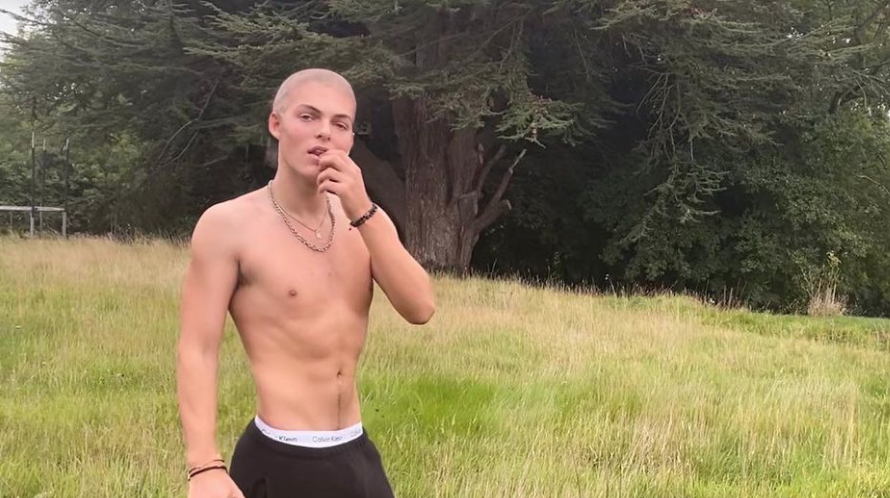 Elizabeth Hurley’s lookalike son Damian has revealed he’s tempted to shave off all of his hair, after getting a taste of what it would be like to be almost bald.

The model, 18, surprised fans by appearing in his latest Instagram upload with a blonde buzz cut.

Gone was Damian’s usual luscious long hair, as the teen experimented with an edgy new look for an upcoming project and it sounds like he could be persuaded to keep it for real.

Fans immediately thought that Damian had shaved his head, with many all for the the change as they told the star how much it ‘suits’ him.

‘Wow! Well at least you know it suits you 🔥,’ posted one follower, while another said: ‘Just proving you can rock anything, unfair on the rest of us really.’

While some were convinced that Damian had got rid of his long hair for good, he made sure to clear up any confusion – explaining that his new look was all down to prosthetics.

Damian revealed: ‘Update lol: i love u guys so much hahaha but I’m not bald 😭😭😭.’

‘This is prosthetics for a new project lmao but thank u for the cute comments ♥️,’ he said, before teasing: ‘Tempted to do it for real now 👀.’

Damian is actress Elizabeth’s only child. She shares Damian with former boyfriend Steve Bing, who died by suicide aged 55 in June.

Bing had initially denied paternity of Damian, until proven so by a DNA test. His relationship with Elizabeth and son Damian had been strained at first, but Elizabeth said she was ‘grateful’ to reconnect with Bing before he died.

Following his death, she told Extra: ‘He was a good man. He gave to so many good causes. He was a philanthropist at heart and when we were together, which was a very long time ago, more than 18 years ago, I loved him very much. So I really hope people will retain fond memories of him.’

Damian – whose godparents are Sir Elton John and Hugh Grant – had said at the time: ‘Thank you from the bottom of my heart to everyone that has reached out following the devastating news.

‘I’m trying to reply to as many of you as I can, but please know I will always remember your kindness. This is a very strange and confusing time and I’m immensely grateful to be surrounded by my phenomenal family and friends.’

UK economy shrank by 2.6% after England put on second lockdown