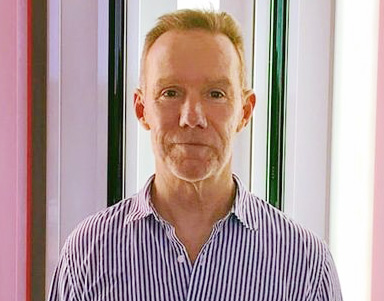 John Francis Gilligan, a former Los Angeles County deputy district attorney who prosecuted his office’s only successful case against a police officer in the shooting of an unarmed citizen in the past 18 years, has died following a lengthy battle with cancer. He was 64.

The San Pedro resident, who helped convict killers in 1995’s high-profile University CityWalk murders and 1998’s “body double” slayings in West Los Angeles, spent 29 years with the District Attorney’s Office before finishing his career as supervising attorney in the county’s Inspector General’s Office. There, he played a key role in the Board of Supervisors’ efforts to implement constitutional policing reforms in the Los Angeles County Sheriff’s Department.

“I really do think that he was a bit ahead of his time in understanding the issue of constitutional policing and how important it is for the public to have faith in police officers,” said Carol Baker, Gilligan’s wife of 30 years. “John loved cops who did good, aggressive police work but he never felt the end justifies the means. He felt police officers needed to be accountable to the law just as they enforced it.”

Gilligan died Sunday at home of metastatic melanoma, an illness he chronicled for his friends on Facebook, always remaining positive.

“John was revered as a trial lawyer,” District Attorney Jackie Lacey said. “I never heard a bad thing about that guy. He was very strong-willed and you knew not to mess with him. … He believed in the mission.”

Born May 24, 1956, in New Rochelle, New York, and raised in Larchmont, Gilligan credited his father’s legal practice for influencing his decision to pursue his own law career, Baker said.

Graduating with a history degree from the University of New Mexico, Gilligan worked as a paralegal in Albany and New York City before moving to Los Angeles, where he attended night classes at Southwestern Law School while clerking for the Los Angeles City Attorney’s Office during the day.

In 1998, Gilligan and co-counsel Phil Stirling won guilty verdicts against Paul Carasi and his girlfriend, Donna Lee, in the brutal 1995 stabbings of Carasi’s mother and the mother of his 2-year-old child following a Mother’s Day brunch outing at Universal CityWalk. In a revenge case stemming from a bitter custody and child support battle, Carasi received a death sentence and remains on San Quentin’s Death Row. Lee was sentenced to life in prison without parole.

In 2001, Gilligan led the prosecution to convict handyman Kenneth Dean Hunt in the strangulation slayings of two West Los Angeles women 10 years apart. The second victim, 60-year-old Jean Orloff, had worked as a body double for actress Janet Leigh in “Psycho.” Police tied Hunt to the 1988 murder of his neighbor, 71-year-old actress Myra Davis. Hunt, described by Gilligan as an “evil man” who “left a trail of death and shattered families,” was sentenced to life …read more

Man rescued after car crashes, rolls over onto river embankment

A lot of questions, concerns about LAUSD’s COVID-19 testing program for student-athletes

Boll & Branch’s organic cotton sheets are expensive for bedding, but they’re soft to the touch and made with ethical and eco-friendly practices